Alice Paul was a champion for equal rights for women and is credited as one of the driving forces of the suffrage movement that resulted in the passage of the 19th Amendment guaranteeing women the right to vote.

Born in Mount Laurel, Paul was raised in a Quaker family that advocated for equality, education for women, and the duty to work to improve society.  She graduated from Moorestown Friends School before attending Swarthmore College and the University of Pennsylvania, where she became the first woman to earn a PhD in sociology.

Paul became active in the suffrage movement while in London for graduate studies between 1906 and 1909.  During this time, suffragettes had turned to tactics such as boycotts, picketing, and hunger strikes to call attention to the movement.   Her activism continued when she returned to the United States. She led marches in support of a Constitutional amendment to give women the right to vote.

Paul later formed the National Woman’s Party and marched on the Capital to lobby for the amendment. In 1917, she and 1,000 other “Silent Sentinels” picketed the White House for 18 months.  She was arrested for obstructing traffic and spent 7 months in jail where she organized a hunger strike.

The 19th Amendment was finally approved by Congress in 1919 and ratified by 36 states in 1920.  Paul’s advocacy for women’s rights continued throughout her life.  In the 1960s, she fought for a clause to be added to the Civil Rights Act prohibiting discrimination based on sex.  Alice Paul authored the proposed Equal Rights Amendment (ERA) to the Constitution. Congress passed the ERA in 1972 when Paul was 87 years old. She did not live to see the amendment ratified. She died in Moorestown in 1977. The amendment has yet to be ratified by the necessary number of states.

Paul’s advocacy is carried on by the Alice Paul Institute, which was founded in 1984 to honor her legacy and continue her push for equality. The organization purchased Paulsdale, the historic farmstead in Mount Laurel where Paul was born and raised, in 1990, and the group maintains the home as a museum dedicated to Paul’s life and legacy. The site is also used by the institute as a girl’s leadership center. 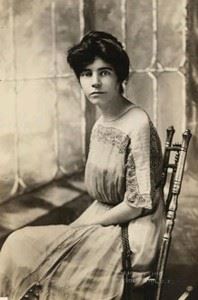 Elizabeth White was the first to ever cultivate and market one of summertime’s favorite fruits, the wild blueberry. The daughter of a wealthy cranberry farmer, White helped manage the family farm at Whitesbog in Pemberton Township, which was one of the area’s largest cranberry producers. She worked with renowned scientist Dr. Frederick Coville to breed the first commercial blueberries, a discovery that put New Jersey at the forefront being one of the highest producing blueberry states in the country. Her success also led to the founding of the New Jersey Blueberry Cooperative Association, and she also become the first woman member of the American Cranberry Association.

White’s innovative spirit lives on within U.S. Department of Agriculture Marketing Service programs that assist with the research and grants for the blueberry industry, and the Burlington County Women’s Advisory Council has also named its annual scholarship for a local student interested in entering a STEM field in her honor. 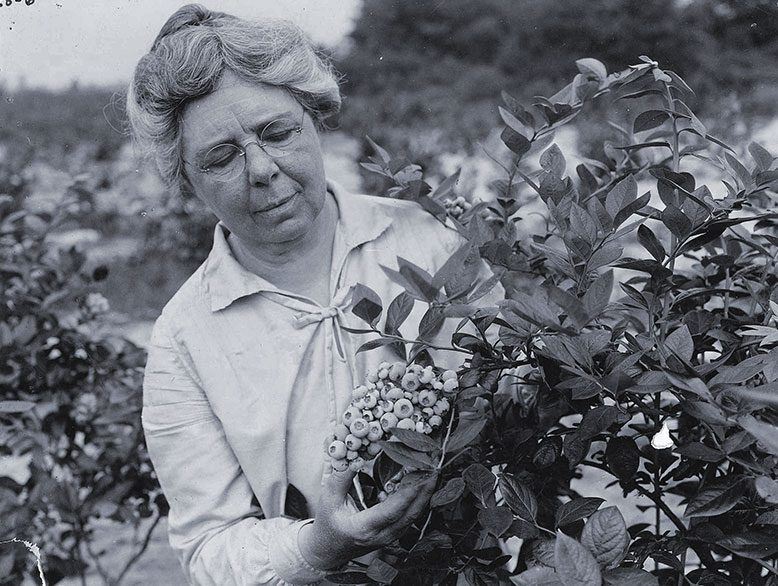 In the late 1700’s, Charity Still was an Underground Railroad abolitionist who bravely escaped for her and her family’s freedom not once, but twice.

Still and her husband, Levin Steel, along with their children, were held captive as slaves in the State of Maryland. After fleeing that state, they traveled to New Jersey and initially settled in Evesham Township among other fugitive slaves. The Still family became local settlers and then guided and assisted other runaway slaves with their relocation.

Still changed her name from Sidney to Charity Still to better protect her family and they eventually settled within the Pine Barrens. Over the years, several of Charity’s 18 children would become very well known, including abolitionist leaders William and Peter Still, and James Still, the self-taught “Black doctor of the Pines” who became renowned for his herbal remedies and wealth. To present day, the Stills are still remembered and honored for their contributions. 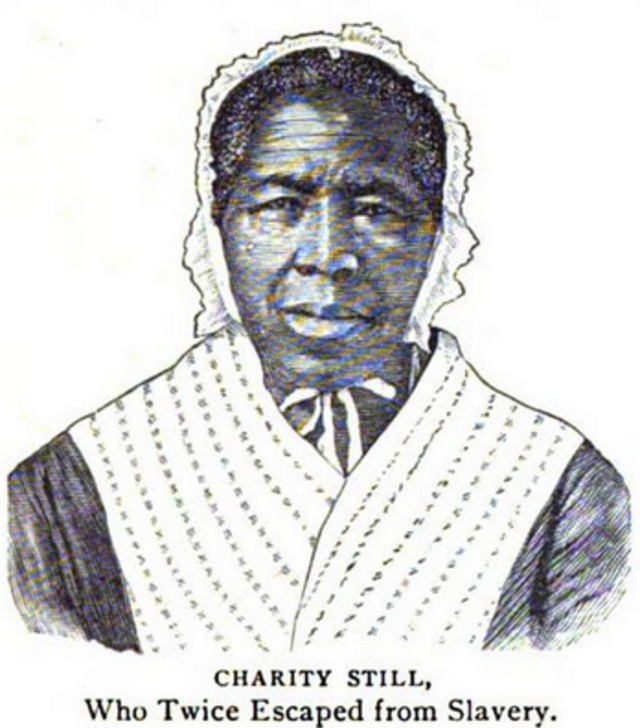 Mary VanMeter Grice along with the help of seven other young community women founded The Porch Club of Riverton which is characterized as a Federated Women’s Club. As natural born humanitarians, they emphasized education by forming classes for adults, a baby well-being clinic, and more.

These teachings resulted in the creation of Burlington County’s first public kindergarten school and the county’s first elected female member of a Board of Education. Their inspiration also helped create the PTA, then called the State Congress of Mothers. Their club was also used for hosting events and caring for victims during war time and national devastations. To present day, the club is used for community outreach, events, planned activities, and more. 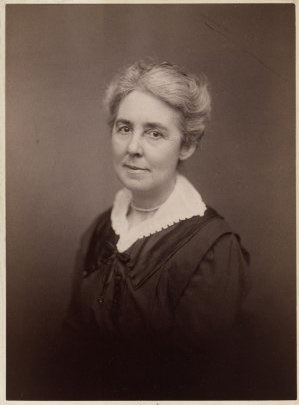 Mary Roebling is a pioneer within the banking industry servings as the first woman president of a major American commercial bank and first woman governor of the American Stock Exchange. Her business savvy skillset enhanced her late husband’s family-owned bank growing over one billion dollars in assets and introduced the idea of the walk-up window.

Born in in Collingswood, Roebling attended high school in Moorestown. Her second husband was Siegfried Roebling, the great-grandson of Roebling Steel founder, John Roebling, and she replaced him on the Trenton Trust Bank’s board after he died in 2936. She went on to become the bank’s president.

In addition to banking, Roebling also became involved with military affairs issues, was appointed as director within corporations and charities, and advocated for women’s opportunities to involve themselves within economic-related professions. 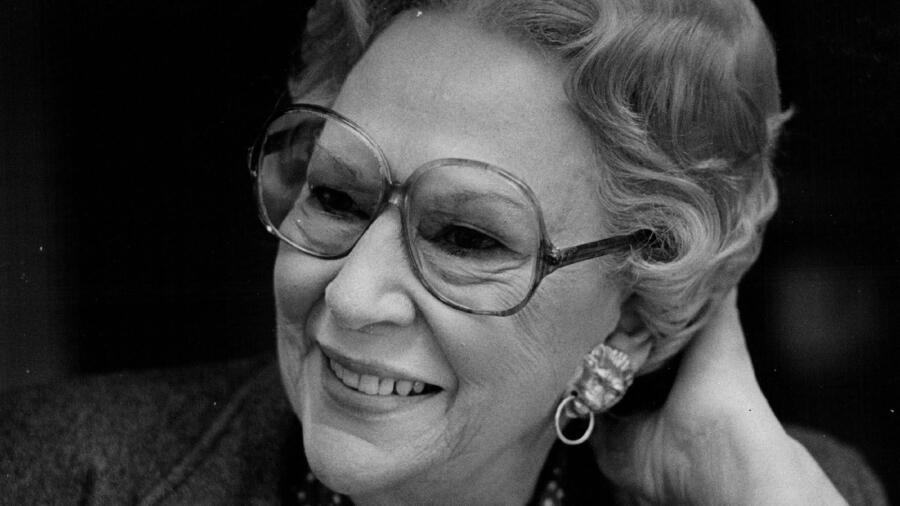 Ethel Lawrence was a civil rights activist champion who fought for housing rights within her hometown of Mount Laurel. She and many church members formed The Springville Community Action Committee which spearheaded the 30-year fight against injustice. Ethel was the lead plaintiff. Her perseverance led to the Mount Laurel Supreme Court decisions, which found that it was unconstitutional for towns to use zoning and other municipal land use regulations to prevent affordable housing from being developed within their borders. The decisions also mandated that towns had to plan for and take actions to provide a “fair share” of affordable housing to people with low or moderate incomes.

Because of Ethel’s devotion, she became well known as the “Rosa Parks of affordable housing”. Her court fight ultimately resulted in the passage of the Fair Housing Act of 1985. A year later, the Fair Share Housing Development was developed in Mount Laurel, creating a neighborhood community with fully functioning housing units. The community was named Ethel R. Lawrence Homes and consists of multiple apartments and townhomes and an Education Center for residential children to attend. 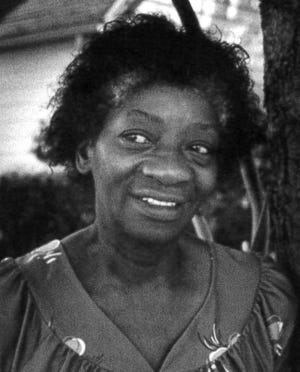 Clara Barton is best known as the founder of the American Red Cross and the “Angel of the Battlefield” due to her service as a field nurse during the American Civil War and the Franco-Prussian War in Europe, but before starting her nursing career, she was a teacher.

After studying in New York, Barton moved to Bordentown, where she offered to teach for three months without pay if the school was free to all students. The town agreed, and her school opened in 1852 as Bordentown’s first public school. There were only six students to start, but enrollment grew to 55 students after the first week, and more than 600 students by the start of its second year.

The success of the Bordentown School convinced New Jersey that free education would work and is needed.  In the end, Barton would leave Bordentown and move to Washington DC where she would later form the American Red Cross. 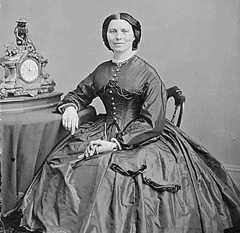 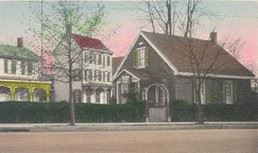 Linsey T. Davis is a local news anchor for ABC News Live Prime and the weekend “World News Tonight”. She grew up in Burlington County and still has roots in Moorestown.

In addition to her career in journalism, Davis has published four children’s books. Her latest, called “How High is Heaven”, was published in February. 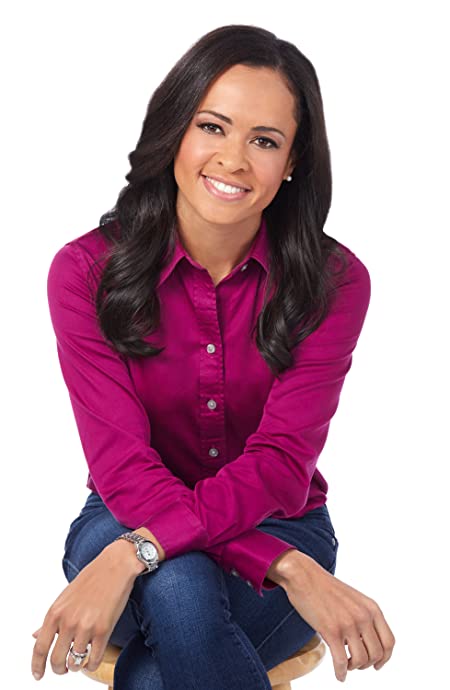